The mechanism of exploitation and the surplus value According to Marx, the capitalist society is divided into two antagonistic classes. It is the private property of the means of production which is at the origin of this economic and social organization: those who possess means of production (the bourgeoisie or the capitalists) dominate and exploit those who possess only their work, their labor power \”(the proletarians and the proletariat, that is to say, the working class). This capacity for work is therefore a simple thing, a commodity like any other. According to Marxist theory, capitalists buy this labor force for a subsistence wage (which ensures just the survival of the workers, that is to say the maintenance and reproduction of their labor power), but they operate mainly a levy on the value created by the work of these workers. Indeed, the labor force can provide more work than it costs. Recall that Marx, like some classical economists (Ricardo, for example), considers work as the sole source of the value of goods produced. The difference between the amount of labor provided by the workers and the amount of work just needed to pay their wages is the capitalist\’s surplus value. It therefore results from the private ownership of the means of production and the exploitation of the employees. To deepen Marx\’s theory of capitalism, Lenin said that it (capitalism) was the main motivation for imperialism (search for domination, conquest), which in turn drove the leaders of the world to practice slavery. •  The contradictions of the capitalist system : But, according to Marx, capitalism is a system in which contradictions are developing and which can cause its disappearance. There is a contradiction between capitalists and proletarians, but also within the class of capitalists. The essence of capitalism lies in the reinvestment of profits or accumulation according to Marxists. But the unlimited development of production is also opposed to the increasingly limited purchasing power of employees (phenomenon of impoverishment). Then crises of overproduction occur regularly. Marx shows that crises are necessary phenomena to reach reordering.  He also highlights a \”law\” of the downward trend in the rate of profit. Indeed, capitalists are increasingly using machines (the effect of technical progress and the reinvestment of profits in the acquisition of ever-increasing means of production), which reflects an over-accumulation of capital. But, at the same time, the profitability of the capital decreases because the surplus value, therefore the profits, fall because of the replacement of the workers by the machines.  To conclude with Marxism, Marx makes of profit the result of the only exploitation of the workers. This is the basis of his whole analysis of the exploitation and struggle of the two classes (bourgeoisie and proletariat). Marxist analysis, however, retains an interest in describing the capitalist system. The inevitable upheaval of productive activities, the limitless extension of the market economy and the alienation of man from capitalist society, dispossessed of his means of production, his production and, finally, his being (impossibility to feel concerned by what one does) are aspects of Marx\’s analyzes that remain relevant.

Neo-Marxism is a movement created in 1920 that brings a touch of expense to Marxism by eliminating certain theories of Marxism including determinism, the privileged status of the proletariat and the primacy of the economy, considered old and outdated. Above all, it proposes to choose different doctrines to put marx’s theories on the agenda and updated to the societies of today. The main ones are the Frankfurt movement and French structural marxism. In the following, we will develop more deeper  the essential points that punctuate neo-Marxism.

The concept of revolution Neo-Marxism proposes a redefinition of the term of revolution. This new vision of revolution surfaced after the First World War. For neo-Marxism, a revolution is not necessarily violent and punctuated by bloodshed and can be extended to other social areas. In this case, the revolution is seen as an extreme remedy in case of non-achievement of the claimed object.

Neo-marxism and feminism Some currents of feminism are also born partly thanks to neo-Marxism. Some Marxist theories have been applied to the social relations between men and women, and the tools of Marxism have been able to highlight several issues that governed these relations, especially the relations of domination and dependence. These questions allowed the emergence of socialist feminism and the development of gender studies.

Neo-marxism and development Neo-Marxism has developed many theories on the economic development of countries, emphasizing the exploitation of developing countries by developed countries. In this, it differs from the theories of Marx which were centered on the nation State to extend it outside the territories.

Alternative development : it includes a series of alternative currents to development through the market economy. To refer to alternative development, there must be a dominant normative vision of development. The components are :  – The world according to the West : (world economy similar to that of the United States, obsession with economic development), (the condemnation of imperialism). – The theory of dependence: the industrialized countries of the north, have put in place a certain economic policy ensuring that the developing countries are still dependent on them economically (the richest need the poorest remain poor to stay rich.) – Development from below: It is about encouraging poverty to self-eradicate. Control policies are put in place to help poor countries. Then, beneficiaries will have to participate and will themselves be actors in their economic development. – Sustainable development : Sustainable development offers an alternative to the industrialization of developing countries and to the ecological problem. It is a conscious and respectful development of the environment. World-system It is characterized by globalization, ie the process of linking different parts of the world through a process of multiplication of flows of all kinds (men, goods, capital and information). States, multinational firms, legal international organizations or not are the actors of this globalization. Frankfurt School critical theory  The Frankfurt School was born in the 1950s created by some German intellectuals gathered at the Social Research Institute of the University of Frankfurt. It is designated as the largest of neo-Marxists in the field of social science research. The Frankfurt School mixes Marx\’s social theories with that of several philosophers, including Weber, Freud, Comte, Hegel, and Nietzsche. Another important actor on this theory is Antonio Gramsci. He highlighted the hegemony of the bourgeoisie. This hegemony is ideological, in the way that they extend their way of thinking to the other classes including the lower, until it becomes the norm. The most famous names of intellectuals who have represented the Frankfurt School are, among others: Theodor Adorno, Herbert Marcuse and Jürgen Habermas. They do the link between study and international politics. For them, to analyze and understand the world, we must avoid presuppositions and having an idea already fixed of what we judge, avoid subjectivity (theoretical reflexivity), they support emancipatory policies, particularly with a view to suppressing the oppression and in the area of justice in order to protect the individual collective freedom. There is also a research of developement of relations between political communities and the state a greater multiplicity of political identity.

To conclude, we can say that Marxism is an ideology that has had a great impact on the world in many fields. However, neo-Marxism extends to even more specific areas what Marxism has not touched, while including different perspectives. Moreover, neo-marxism claims more modern and topical rights than Marxism. So we can continue to consider Marxism even if it is out of date to develop theories more adapted to today\’s world as neo-Marxism does. 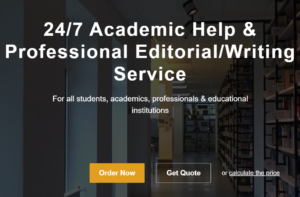